skip to main | skip to sidebar

Blue Orange is proud to announce the publication of the novel Tim & Dorothy by Richard Rathwell with superb illustrations by Rebecca Draisey (shown here).
In the mid-1950s actual wars of the new bi-polar superpower war coupled with Armageddon hangover created a great anxiety. 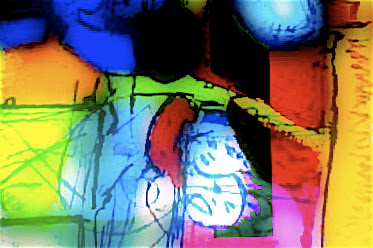 In Canada a scheme emerged to test all the children over a wide area with the assessment instruments of the day. They were shortlisted, shortlisted again, filtered and whittled from every child down to only forty. The children then were placed together into a class where they remained for four years. They were taught by PhDs in educational psychology. They were taken to art galleries, archives, laboratories and parliaments. They had their own bus. They researched historic events and visited sites. Radical pedagogical methods were used exclusively. They had regular speeches and presentations to make. They had committee work. There were constant research assignments. Extreme experiments were conducted such as intense mathematics classes, three weeks straight, math only, in a darkened basement from fractions to logarithms. How much could they learn? How fast?

The kids were all 10 when the class began and approaching 13 when it was closed. Tim & Dorothy takes place in this time and in this class, and was published on the occasion of its reunion.

Below is an excerpt. 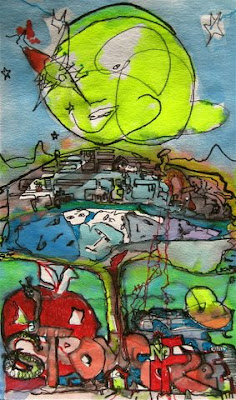 "More snow and darkness. Tim’s feet said ‘cold, cold’ from inside his runners. His runners were soaked. They were saying ‘wet, wet’. The snow got behind his windbreaker collar and melted on the top of the Perry Como sweater his mother had won at Bingo. The rivulets went down into his undies. The sweater was the best thing he had. It was lime green and Dorothy loved it. He could sing Perry Como and hummed him now. He wished Dorothy was here. He would tell her his plans for searching for Marcus.

Tim knew he loved Dorothy and that Dorothy loved Tim. When they had reached eleven they had already done love for one year according to him. In that year, the second year of the Special Class, they began to meet on spring mornings by the run-off pond not far from the canal to walk to school. Tim would leave the bike he had then hidden in the bushes. That was until that one was stolen. Dorothy arrived on foot. She often brought enough sandwiches for both their lunches and an apple for Tim’s breakfast.

In spring the polliwogs in the pool had long and translucent strings which dangled and twisted from where their penises should be. Dead fat lumps of polliwogs wrapped in gossamer drifted in the black water around the outlet pipe from where ducks would graze on them. In winter the brown heads of frozen frogs dotted the ice. Now, in late autumn, the pond was completely covered in waxy gold, red and orange leaves inviting a leaping run and a drowning. They would dare each other. 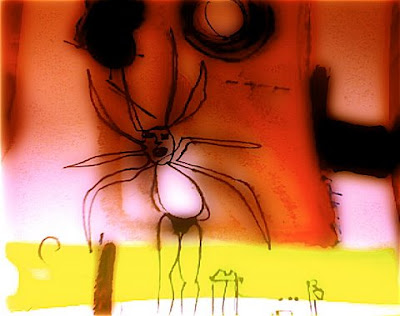 In the summer there was no school so Tim sat by the pond waiting for Dorothy on her way to the library. Or if he knew she had gone shopping with her mother he rode a bike, if he had one, one he found somewhere, up into the centre of town. Once he did this with Marcus and the Johns as cover, all planned by Marcus in advance as a mission. He would follow Dorothy and her mother around as she shopped. It was wonderful just to see her in her weekend dress with the lace collar and her white socks with mirror black shoes. When Dorothy was at her family’s summer cottage, or when she went to Europe, he would call on Marcus and they would walk to the park and talk or go to the free museum. Marcus didn’t do sports.

Tim had to go away from the direct route from his house to the school to get to the pond to meet Dorothy because he lived down in those houses where the river flooded. Dot lived outside the district in one of those places with big porches. Marcus lived there too but high up on the hill. But his was a rented house not owned forever like Dorothy’s. The government rented it for Professor Barcus.

From the pond Tim and Dorothy would walk to school over the canal bridge past the Italian grocery. On the days Marcus was driven in the car that came for his father they would be alone. Even when they got close and there were other groups of kids they would be alone. They sat together from the beginning in Special Class until the seats were rearranged. Then he sat by Marcus in front of Doctor Liz’s half of the teacher resource desk.

Sometimes when it began to warm and the snow had melted in spring he and Dorothy would spend time on the bench in the shallow tunnel of bushes which overhung the path to the park. This was when the bushes had flowered and they wanted to talk of things. Dot would ask about Tim’s life at home and he would ask her about Spain—she had gone to museums there and seen breastplates—or would try his little tricks on her. He would do a sudden bear. Those didn’t usually work with Dorothy, especially his ghost voices that came straight from his head, she saw through them.

Dot could carry and conclude in her head the correct sum in the class contests after following fifty changes. Like take one, and then add five, take away three, divide by seven, no cancel the last three and take the original and multiply by five and so on. Those were not just addition and subtraction but multiplication and division. It was soon to be logarithms. But Doctor Agnes could do that to. Doctor Liz couldn’t. It was never her who would do the contest each week. She would take down the notes. Tim dropped out of the contest after ten of the big changes. He could do the sums as they ran but had no memory for the big shifts.

But Tim could put on a skit in their acting out history classes. Everyone liked the times he was the one; like when he was Pissaro and he said what he thought when he first met the Incas and he did it as a former pig herder, because Pissaro was that and not a hero, but at the same time as being that pig herder he was mad for gold and also he loved the Chief Inca who was so calm and dressed in colourful feathers not like a smelly priest and this made Pissaro unusual and hard to do because he was fearless with only a few men in the face of thousands and he killed someone he almost worshipped because he would not say where the gold was hidden. Tim did this one before he had read up much on it. He just felt it. " 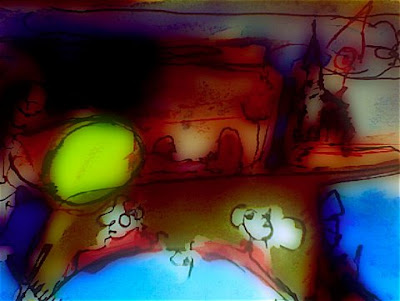